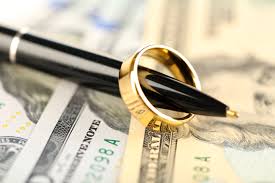 For over 150 years, Michigan law held that a ‘married woman’ had a dower interest in any real estate owned by her husband. The law dictated that a husband could not sell any of his real estate without the signature and consent of his spouse.

The justification of these dower rights dates back to when women could not legally own property. Dower rights provide that a man’s wife was automatically entitled to one-third ownership of any of her spouse’s property.

Earlier this year Michigan Governor Snyder signed legislation abolishing these rights. Married couples can now own property individually and sell it individually as well.Michigan was the only state that exclusively applied dower rights to women married to men.

The conflicts and inconsistencies for dower rights that were created by the mandated recognition of same sex marriage ultimately motivated the Michigan legislature to pass the package of bills to abolish dower rights.The elimination of dower rights will simplify the legal process for wives who do not appear on a deed or when a married man wishes to transfer property he sole owns.

It should be noted the elimination of dower rights is NOT retroactive. So any property owned, or couples married prior to April 7th when the bill was passed, will still be grandfathered in under the old Dower Rights.

This entry was posted in Real Estate and tagged Real Estate. Bookmark the permalink. Follow any comments here with the RSS feed for this post. Post a comment or leave a trackback: Trackback URL.